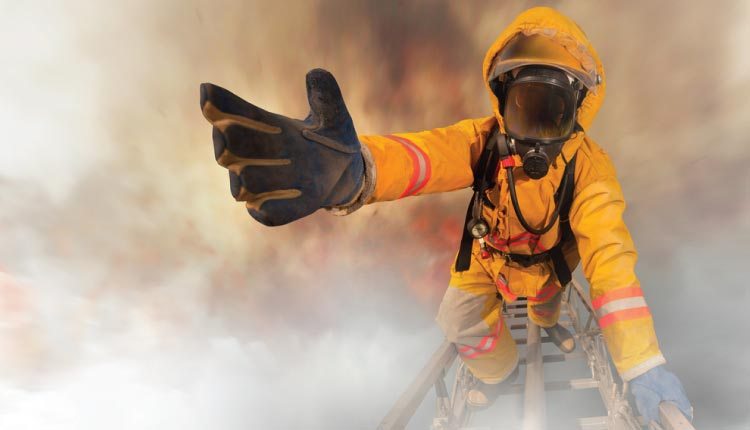 Fires are classified by the British Standard EN 2:1992 Classification of Fires. However, for all the practical purposes, there are five main classes of the fire – A, B, C, D and F, plus fires involving the electrical equipment.

BS 7937:2000 The Specification of the Portable Fire Extinguishers for Use on the Cooking Oil Fires introduced the new class F. The categories or classes based on the fuel and the means of the extinguishing are as follows:

Class A – The Fires which involve the solid materials such as the wood, cardboard, furniture, paper, textiles and the plastics where there are usually glowing embers during the combustion. Such fires extinguish by cooling, which is achieved using the water.

Class B – The Fires which involve the liquids or the liquefied solids such as the paints, Fats or Oils. These can be further subdivided or partitioned into:

Class C – The Fires which involve the gases such as the natural gas, or liquefied gases such as butane or propane. They can be extinguished by using the foam or dry powder in conjunction with the water to cool any containers associated or nearby.

Class D – The Fires that involve the metals such as the aluminium or the magnesium. Special dry powder extinguishers are required to extinguish these types of fires, which may include powdered graphite or the talc.
Class F – The Fires which involve the high-temperature cooking oils or the fats in large catering establishments or the restaurants.

Electrical fires – The Fires involving the electrical equipment or the circuitry do not constitute the fire class on their own, as the electricity is the source of ignition that will feed the fire until turned off or isolated it. But there are some parts of the equipment that can store or save, within the capacitors, lethal voltages even when it is isolated. Fire Extinguishers invented explicitly for the electrical use of carbon dioxide or dry powder units should always be used for this type of the fire hazard.